Known locally as Gwaith Poole. (Poole’s Minework), the original discovery of the mineral vein was made around the year 1742, during the reign of George III. The names of the original prospectors but they would have possessed a Mining License or ‘Tack Note’ issued by the Agent of the Gogerddan Estate on behalf of Sir Lewis Pryse, the ‘Mineral Lord’. The first workings consisted of two shallow shafts connected by a level driven along the lode. The location of the early trials was in woodland, southwest of the great ‘opencut’; visible on the present ‘Miners Trail’. By 1790, two ‘adits’ or levels were being blasted into the hillside using techniques of hand-drilling and gunpowder charges. Both of those original tunnels are now accessible to visitors.

One tunnel struck the ‘Main Lode’ of silver-lead ore (technically known as(‘Argentiferous Galena’) at a depth of 17m below the surface outcrop and a productive period of activity began. The other adit, driven further to the east was a and cut only a minor lode with little or no ore visible. This tunnel now forms part of the ‘Miners Trail’ and is known as ‘Balcombe’s level’, named after John Barton Balcombe, Managing Director of the Llywernog Silver-Lead Mining Company in 1870.

William Poole (of ‘Gwaith Poole’ fame) held the mining lease to the Llywernog minerals between 1807 and 1810. This was midway between the Battles of Trafalgar and Waterloo, at the most difficult period of the Napoleonic Wars. Poole’s mine was an outstanding success, employing 60 miners and making considerable profits with the high price of lead ore (£19 a ton). The main shaft, sunk vertically from the surface between 1810 and 1873, eventually reached a depth of 132mn (432ft or 72 fathoms).

Between 1824 and 1834, Llywernog Mine was leased (along with many others in the district) to Cornish ‘Mine Adventurers’, the Williams family of Scorrier House, Gwennap, near Redruth in Cornwall. This was the start of a long association between the Mining Districts of Cardiganshire and Cornwall which was to continue until the 1900s.

At Llywernog, mine, adventurers came and went, as the shaft grew ever deeper. Robert Dunkin of Llanelli, a lead smelter in 1840, Joseph Holdsworth of Leicestershire in 1852 and then a series of mining companies, floated on the London Stock Exchange, such as Llywernog Mining Company Ltd of 1868. With depth, the mineral vein became increasingly unproductive and pumping costs grew in proportion. In 1869, in addition to the 40ft diameter waterwheel, the company installed a 16 h.p. steam engine to assist with the pumps when surface water supplies were short. Around 1874, a giant 50ft diameter overshot waterwheel was at the Llywernog Mine in a final attempt to explore the lode at greater depth and to realise John Balcombe’s dream.

The great wheel, clearly visible from the main road to Aberystwyth, became a sad symbol of a once mighty industry. By the 1880’s huge new mines were being opened up all over the world at places like Broken Hill in Australia and Leadville in Colorado, and the silver-lead ore marked crashed. In Cardiganshire, mines closed and whole communities emptied of people as they left to seek work in mines overseas or digging for ‘Black Gold’ in the valleys of Wales.

In the 1900s Llywernog Mine saw a mining activity as a Scottish Company pumped out the flooded tunnels and went prospecting for ‘Black Jack’ or zinc ore. By 1910, this venture was finished and the giant waterwheel gently rotted. In 1953, this monument to the mining engineers of yesteryear was blown up for scrap iron and a famous landmark was gone, seemingly .

During 1973, the old mine was awoken from its slumbers and began life as a mining museum, privately developed by Peter Lloyd Harvey, and his father, the late Dr Stephen Harvey of the University of Leicester. Now, the mine is still evolving and the traditions of the old mining district live on for future generations.

For more history of Llywernog Mine, see The Mines Of LLywernog

This is a lengthy article on the history of Llywernog and may be of particular interest to schools and other educational bodies, as well as mining enthusiasts.

Spirit Of The Miners has of mining in Mid Wales.

See Wales Underground for information on mining geology, history and in Wales. 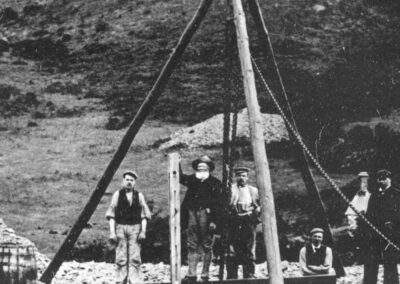 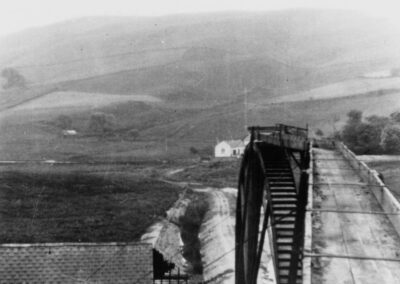 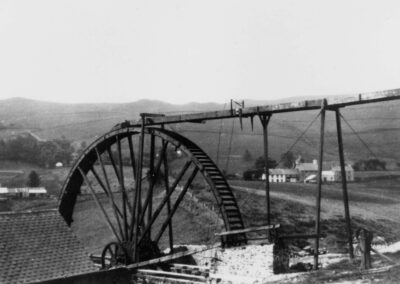 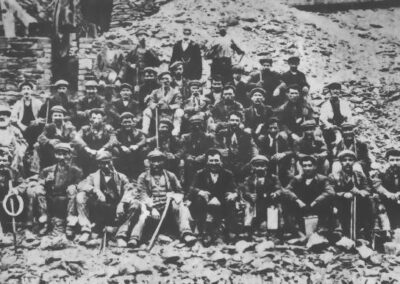 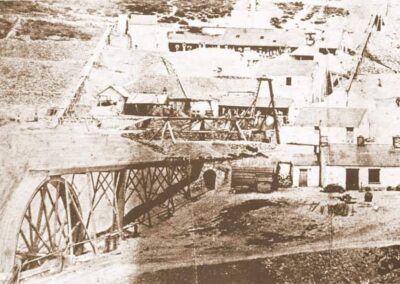 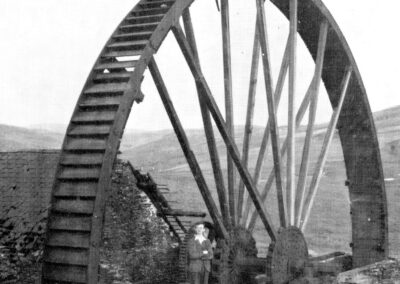 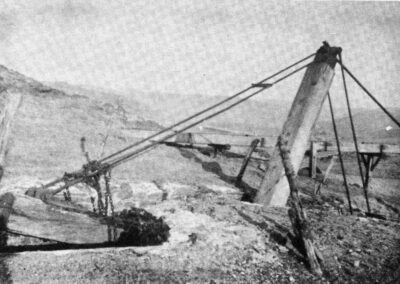 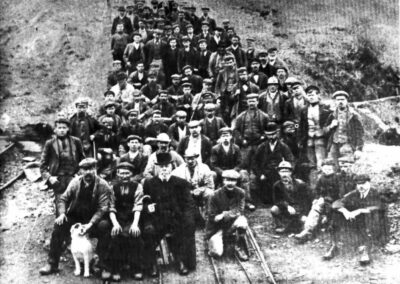 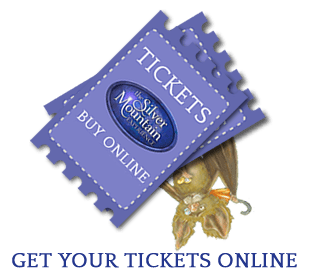 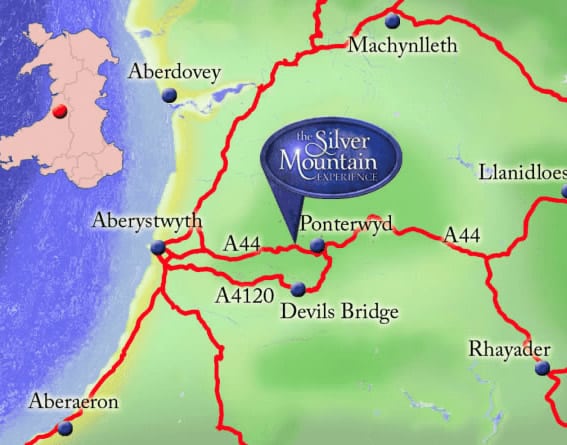 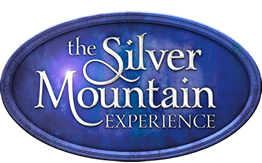 The Silver Mountain Experience is a fantastic family day out in mid-wales, filled with history, myth, legend and more. We are very proud of our Welsh Mining Heritage, and our site based in Ponterwyd, Aberystwyth, lies the beautifully preserved Llywernog silver-lead ore mine. Spend an afternoon exploring this historic site, experience one of our guided tours and more. Children can enjoy our Dragon's Tale adventure, whilst those who are feeling brave can venture into the mines and take the dreaded Black Chasm tour. As well as all of this, we have a variety of other interactive attractions such as Time Lab and our creative den, so why not join us for an afternoon of fun, deep in the Welsh mountains!